Automating Apparel Manufacturing: Key Industry Trends and the Role of Robots in a Changing Market 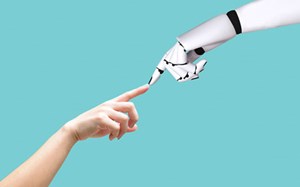 Technological advancements and automation are drastically transforming the way in which goods are produced. Once dramatized in science fiction novels and films, the concept of machines performing functions and tasks once assigned to humans is now a reality in factories and companies throughout the country.

This new era of manufacturing is especially apparent in the apparel industry, where machines are now common in both processing and filling orders. In this article, we will explore some industry trends related to automation and specific examples of how automation and artificial intelligence (AI) are allowing companies to save money and gain efficiencies.

The Pace and Impact of Change 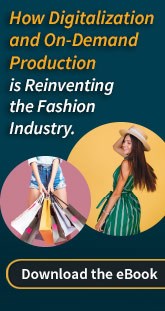 The “rise of machines” has long been predicted by economists and politicians alike, dating back as far as 100 years. Some studies and scholarly publications have predicted that automation will have a negative impact on the US workforce, eliminating millions of jobs. But other experts suggest that machines and automation will help advance manufacturing and essentially “evolve” the jobs held by humans. For example, a machine may perform a tedious and/or dangerous task, while creating a new, higher-level job for a human as an operator, engineer or technician.

Automation, AI and robots have not only arrived in the world of manufacturing, the speed at which innovation occurs within these areas is also increasing. According to the International Federation of Robotics, the growth in the industrial robotics market will reach 14 percent annually from 2017 through 2020, and by 2020, more than 1.7 million new robots will be implemented in factories around the globe.

But a shrinking workforce in textiles and apparel is nothing new – the sector has eliminated more jobs than any other American industry. In the early 1970s, the apparel and textile industry boasted roughly 2.5 million workers, but by 2017, less than 500,000 people were employed in the space.

Chinese apparel company, Tianyuan Garments Co., recently opened a $20 million factory in Little Rock, Arkansas. The factory employs 400 people, but also utilizes 24 robots, known as “Sewbots,” from Atlanta company, Softwear Automation Inc. The Sewbots are capable of producing one t-shirt every 30 seconds without the aid of human hands. The company estimates it will produce roughly 23 million shirts per year at a cost of $0.33 per shirt.

This particular case highlights an interesting reverse trend. Whereas US apparel manufacturing was almost entirely outsourced to Asian countries decades ago due to the cheap cost of labor, Tianyuan was drawn to the southern US – a region in which the garment industry was especially impacted by outsourcing – due to the low cost of power and close proximity to both its target consumers and cotton producers. The company has also cited US-made robots as a factor that allowed the American site to compete with Tianyuan’s home country and other Asian counterparts.

New Skillsets for a Changing Workforce

Tianyuan’s Arkansas plant serves as a good example of the changing job requirements and skills needed to work in today’s apparel manufacturing industry. At the Tianyuan plant, the positions available include technicians with experience in coding and electro-mechanical skills.  who are able to work with, service and operate robots and automated systems.

The Future of Automation in Apparel

A significant limitation of robots in the sewing process has long been the fact that fabric is soft and difficult to control and manipulate. Unlike hard parts or components, cloth requires complex motions and adjustments. For this reason, full automation in sewing has never been truly possible. But SoftWear Automation’s Sewbots are seeking to change that.

By using AI, cameras, mapping technology and software-driven algorithms, Sewbots are able to adjust or stop as needed. Vacuums are used to flatten pieces of cloth, which have been pre-cut to exact specifications. Other features, such as rollers and arms, then move the material through a line of sewing machines, which sew a specific seam and move the piece through 11 other steps.

Robots and automation are transforming the US apparel industry – addressing the challenges of high labor costs, bringing production closer to consumers and meeting the demands of a market accustomed to condensed production timelines and instant delivery.

Both the workers of today and the future must strive to learn new skills in order to remain relevant and valuable in a changing environment that is growing increasingly dependent on machines and automation.

While automation may impact jobs to a degree, as outlined above, it is also allowing the apparel and textile industry to remain viable in the US.

The Know-How to Match the Demands of an Evolving Industry

At Gerber Technology, we provide solutions that keep pace with the rapidly evolving US apparel and textile industry. We help our customers reduce time to market in order to satisfy today’s on-demand consumer, all while minimizing their inventories.

Contact us today to learn more and explore our solutions for forward-thinking apparel manufacturers.